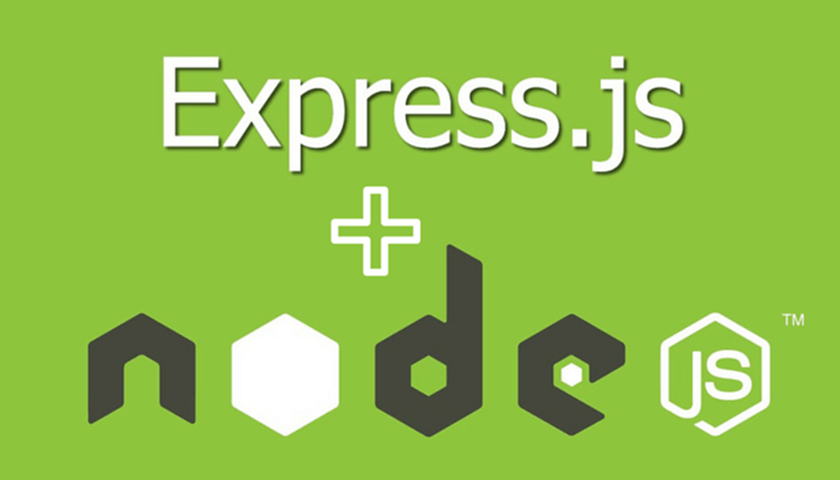 Express.js is the programming language most often used to add interactivity to the front end of a website, but its capabilities go far beyond that—entire sites can be built on JavaScript, extending it from the front to the back end, seamlessly.

Express.js and Node.js gave JavaScript newfound back-end functionality—allowing developers to build software with JavaScript on the server side for the first time. Together, they make it possible to build an entire site with JavaScript: You can develop server-side applications with Node.js and then publish those Node.js apps as websites with Express.

Because Node.js itself wasn’t intended to build websites, the Express framework is able to layer in built-in structure and functions needed to actually build a site. It’s a pretty lightweight framework that’s great for giving developers extra, built-in web application features and the Express API without overriding the already robust, feature-packed Node.js platform. In short, Express and Node are changing the way developers build websites.

Express.js and the MEAN Stack

Express.js is the “E” in the MEAN software stack, where it runs alongside the MongoDB database, the Node.js environment, and the AngularJS front-end framework.

Every software stack includes an operating system, database, server, and development platform—everything you need to build and run the back end of a website or web applications.

Unlike other traditional stacks, the MEAN stack is entirely JavaScript-powered, thanks to Node.js, the JS development environment that gives JavaScript back-end functionality.

Moreover, Node.js also offers you the option of adding extra resources to the single nodes during the vertical scaling of the application. So, it is highly scalable and provides better option than other JavaScript servers.

Since JavaScript is one of the most popular programming languages, most of the front-end developers have a good grasp over it. It becomes much easier for them to start using the Node.js at the backend. It is easier to learn Node.js and consumes less time to work with it.

3. Node.js is used as a Single Programming Language

Node.js offers the developers the luxury of writing the server-side applications in the JavaScript. This allows the Node.js developers to write both the front-end as well as the back-end web application in JavaScript using a runtime environment.

And they don’t need to use any other server-side programming language. It also makes the deployment of the web applications simpler because almost all the web browsers support JavaScript.

4. The Benefit of Fullstack JS

Node.js has been regarded as a full-stack JavaScript for serving both the client and the server-side applications. Therefore, the advantage is that you don’t have to hire separate developers for backend as well as the front-end development. It saves both your valuable money and time.

The speed of the code execution also enhanced by runtime environment as it supports the non-blocking I/O operations.

6. The Support of Large and Active Community

Node.js is blessed to have a large and active community of developers who keep on continuously contributing towards its further development and improvement.

In fact, the groups of developers are well supported by the JavaScript programmers providing ready-made and easy solutions and codes in GitHub. It is expected that the developers will initiate many further developers in the future.

7. The Advantage of Caching

The open-source runtime environment of the Node.js also provides the facility of caching single modules. Whenever there is any request for the first module, it gets cached in the application memory.

The developers don’t have to re-execute the codes as caching allows applications to load the web pages faster and responds more swiftly to the user.

8. Offers the Freedom to Develop Apps

Another advantage that Node.js offers to the developers is the freedom to develop the apps and software. This is one essential feature, which remains absent in Ruby on Rails imposing certain guidelines. You can begin everything from the scratch while developing applications.

9. Getting Support for Commonly Used Tools

With Node.js the developers can get an extended support for the various commonly used tools. Let’s take an example. Suppose, you want to test the source code of Node.js application; you can do so by using the Jasmin and other such unit-testing tools.

Similarly, if you want to identify and install the project dependencies, you can make use of npm, a powerful package manager. You can use grunt for task running of the project.

Since the Node.js is providing the option of non-blocking I/O systems, it relatively helps you to process several requests concurrently.

The system can handle the concurrent request handling efficiently better than others including Ruby or Python. The incoming requests get lined up and are executed quickly and systematically.

The Node.js is known to be highly extensible, which means that you can customize and further extend Node.js as per their requirements. You can also make use of JSON to provide the scope for exchange of data between the web server and the client. It also is facilitated with built-in APIs for developing HTTP, TCP, and DNS etc. servers.

One of the key problems that most of the developers encounter is the Application Programming Interface (API) keeps on changing at frequent intervals and does not remain stable.

At times, a new API appears having a number of backwards-incompatible changes. As a result the developers are forced to make changes in the accessible code bases to match the compatibility with the latest version of the Node.js API.

2. Does not have a Strong Library Support System

The JavaScript does not have a well equipped and robust library system in comparison to other programming languages. The result is that the users are forced to take the support of common library for executing various tasks such as Object-Relational Mapping (ORM), processing of the images, handling database operations, and XML parsing etc.

This makes it difficult for the developers to even implement the common programming tasks using Node.js.

If you want to make the applications more scalable, the necessary requisite is adoption of the asynchronous programming model. However, many developers may find this programming model to be more difficult in comparison to the linear blocking I/O programming.