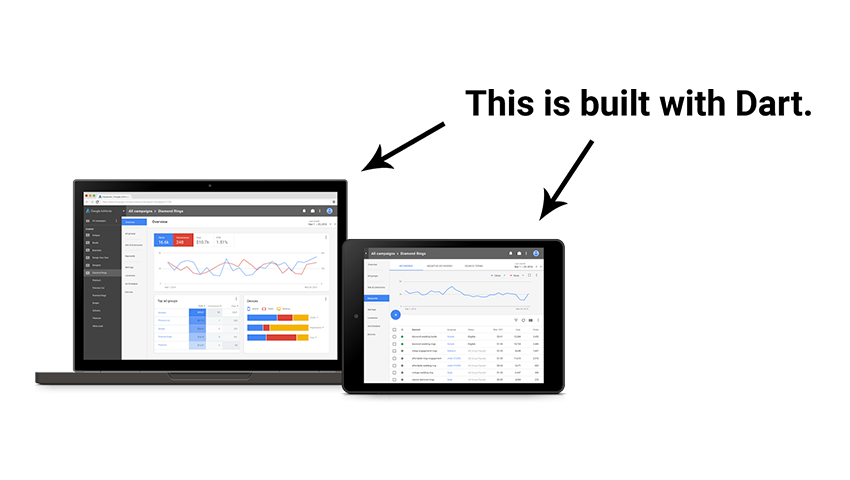 Dart is a new initiative as application programming language by Google. Dart is easy to learn, easy to scale and deployable everywhere. Dart language is a class-based and object-oriented language with C-style syntax.

Decent DOM interface given by dart:html

Package manager (pub) as part of the project, unlike bower, npm and the many hacks which the JS community has come up with.

The reality is that you probably already know Dart you just don’t realize it. If you already have experience with an object oriented language such as C# or Java as well as some JavaScript than Dart is an exceptionally easy language to learn. Apart from quickly strolling through the “Tour” section on their website, I needed no preparation to just jump right into it and started developing right away. By the first day with Dart i was proficient and by the second day i was fluent, an experience I’ve never had with any programming languages before.