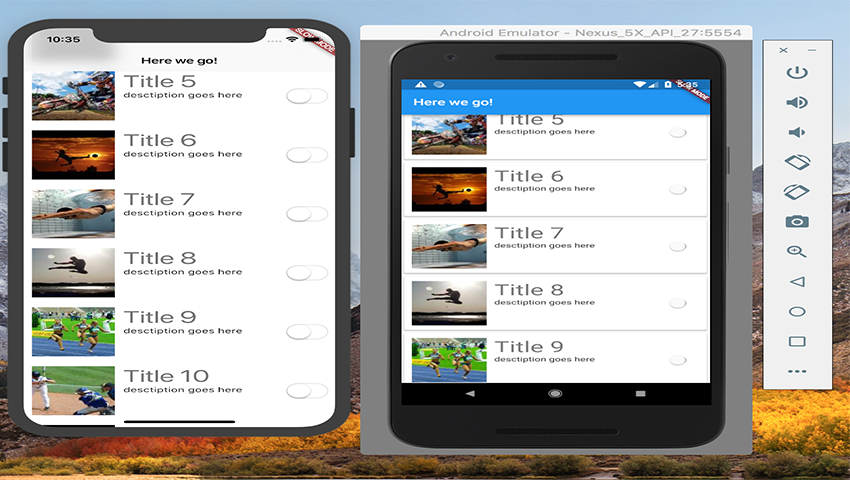 Flutter is a mobile App SDK by Google which allows the creativity to land as modern mobile apps for iOS and Android using a single code base. It’s a new entrant in the cross-platform mobile application development. It doesn’t use JavaScript but DART as a Programming Language.Flutter framework provides reactive-style views. Flutter takes a different approach to avoiding performance problems caused by the need for a JavaScript bridge by using a compiled programming language, namely Dart.

Open source projects are always a nice way to learn any framework. I started searching for such awesome projects to learn flutter. Though I have come across many open source Flutter applications. I am compiling a list of top 10 applications. These are my favourites. This list will contain just the best open source applications and avoid any small and low-quality projects. I will also maintain this project and update it from time to time.

Cross platform development toolkits are winning over the developers’ community. Reusable blocks of UI, reactive performance, code usability on multiple platforms are some of the reasons why these cross-platform app development frameworks are gaining grounds. One such sought-after framework for mobile app development is Flutter by Google.

Fast Development with Hot Reloading: With Flutter’s Hot Reload, developers can preview code changes in the emulator, simulators, or hardware for Android or iOS, without recompiling the app. This makes it easy for developers to experiment with the code, build UIs, add features, and fix bugs faster.

UI Building with Built-In Widgets: When building an app with Flutter, a number of isolated, independent, and reusable blocks of UI are developed, which are then composed to build a complex, comprehensive UI. Flutter offers Material Design and Cupertino (iOS-flavor) widgets to build these UI blocks, along with flexible APIs for 2D, animation, gestures, effects, and more.

No OEM Reliance: Flutter is different than most other options for building mobile apps because Flutter uses neither WebView nor the OEM widgets that shipped with the device. Instead, Flutter uses its own high-performance rendering engine to draw widgets.

Since Flutter facilitates developers to build cross-platform native apps with little to no compromise, the framework has been entrusted by startups and established brands for app development. Here are 10 innovative apps that are built using Flutter, exemplifying its potential to build native apps in varied categories.