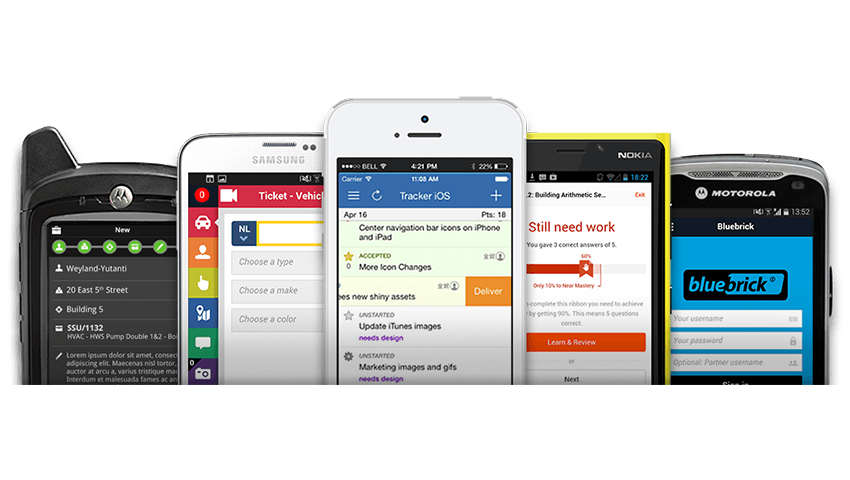 RhoMobile is a powerful open-source framework that allows native app development for multiple platforms. It uses web technologies like  CSS3, HTML5, JavaScript and Ruby, to build apps for most major operating systems including iOS, Android and Windows.

With the right effort, you can create great applications with any tool. But with the right tools, you can do it faster and more often.

Designed to stay current no matter how quickly technology evolves, RhoMobile Suite keeps your IT team far ahead of the development curve, and puts them closer than ever to creating your next essential app.

RhoElements is an additional API library set that is accessible to RhoMobile applications and is optimized and customized to run on Zebra Technologies devices. It provides access via both JavaScript and Ruby programming languages and allows developers access to an extended set of device capabilities like Bar Code Scanning and hardware capabilities that are only provided on enterprise level mobile devices. RhoElements also provides a modern Webkit to Windows Mobile/CE platforms.

RhoMobile has a mainstream development branch which is forked for stable releases and further patches for them. Every major release is named by MAJOR.MINOR numbers with separate branch created for it ( for instance 6-1-stable ). After stable version is released patches are applied to it with increased PATCH number as MAJOR.MINOR.PATCH. Patches may include bug fixes or back porting of some features. New functional features are usually not included to patches for previous releases. Version naming is mostly based on Semantic Versioning with some differences.

Current development builds versions always have increased MINOR number compared to already released stable version. Only latest development build usually should be actual for developers who want to use all latest features. For other users most recent stable release with applied patches is recommended.

Development builds does not have to end up in a stable branch. Instead, minor version number may be increased after certain amount of features is accumulated.