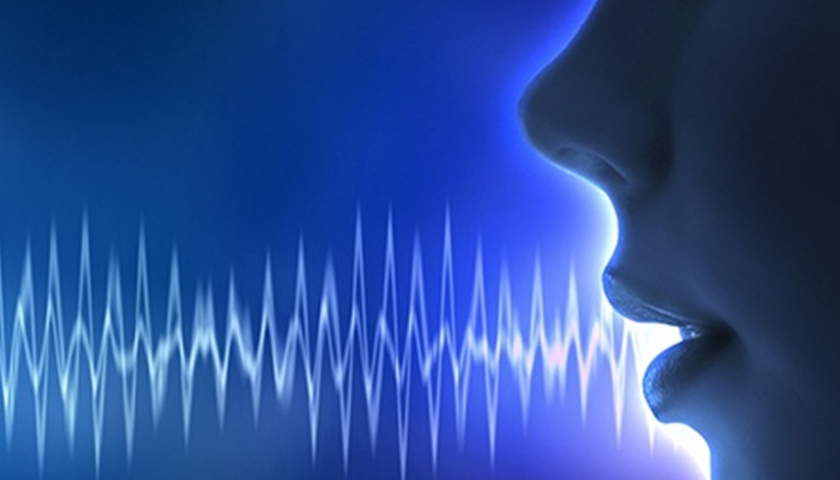 Voice or speaker recognition is the ability of a machine or program to receive and interpret dictation or to understand and carry out spoken commands.Voice recognition has gained prominence and use with the rise of AI and intelligent assistants, such as Amazon's Alexa, Apple's Siri and Microsoft's Cortana.

Voice recognition software on computers requires that analog audio be converted into digital signals, known as analog-to-digital conversion. For a computer to decipher a signal, it must have a digital database, or vocabulary, of words or syllables, as well as a speedy means for comparing this data to signals. The speech patterns are stored on the hard drive and loaded into memory when the program is run. A comparator checks these stored patterns against the output of the A/D converter -- an action called pattern recognition.

In practice, the size of a voice recognition program's effective vocabulary is directly related to the random access memory capacity of the computer in which it is installed. A voice recognition program runs many times faster if the entire vocabulary can be loaded into RAM, as compared with searching the hard drive for some of the matches. Processing speed is critical, as well, because it affects how fast the computer can search the RAM for matches.

The uses for voice recognition have grown quickly as AI, machine learning and consumer acceptance have matured. In-home digital assistants from Google to Amazon to Apple have all implemented voice recognition software to interact with users. The way consumers use voice recognition technology varies depending on the product, but it can include transcribing voice to text, setting up reminders, searching the internet, and responding to simple questions and requests, such as playing music or sharing weather or traffic information.

While accuracy rates are improving, all voice recognition systems and programs make errors. Background noise can produce false input, which can be avoided by using the system in a quiet room. There is also a problem with words that sound alike, but that are spelled differently and have different meanings -- for example, hear and here. This problem might someday be largely overcome using stored contextual information. However, this will require more RAM and faster processors than are currently available in personal computers.