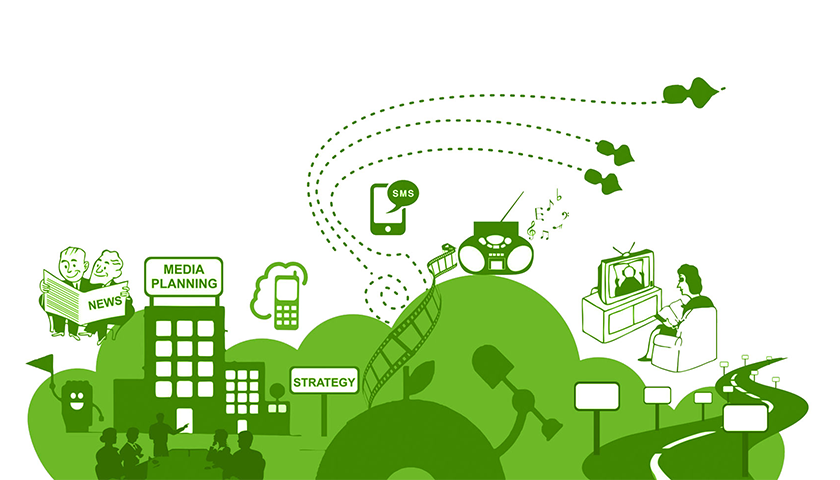 Green communications is the practice of selecting energy-efficient communications and networking technologies and products, and minimizing resource use whenever possible in all branches of communications. Green networking practices include: Implementing virtualization.

Energy crisis and rising concerns on Greenhouse Gas (GHG) emissions have always been crucial issues faced by the development of wireless communication techniques. As a more energy-efficient network architecture, green communications and networks (GCNs) have recently attracted significant attention from academia and industry. In particular, the newly designed GCN not only can alleviate the greenhouse effect and decrease the operational expenditure, but also can attain sustainable development due to the descending independence from fossil fuel and the exploitation of renewable energy resources. In order to enable the technical and economical GCNs, several emerging techniques have been proposed including energy-efficient and energy harvesting techniques. Although these emerging techniques have drawn considerable attention and have been studied recently, there are still many open theoretical and practical problems to be addressed. Specifically, most of the existing works have focused on optimizing a single objective of GCNs, such as energy efficiency. Since there are multiple conflicting objectives in GCNs (e.g., spectral efficiency and energy efficiency), multi objective strategies are required to be considered in order to achieve a good trade off among the conflicting objectives. Moreover, since non orthogonal multiple access techniques have advantages in energy efficiency and massive connectivity, how to apply non orthogonal multiple access techniques into GCNs needs to be further investigated. Furthermore, the conventional linear energy harvesting model is ideal in practice. How to design GCNs under practical nonlinear energy harvesting models is required to be focused on.

This special issue aims to provide a comprehensive overview of the state of the art in theory and practice for realizing GCNs, which will bring together researchers from academia, industry, and governmental agencies to promote the research and development needed to address the major challenges that pertain to this cutting-edge research topic.

Potential topics include but are not limited to the following:

With the data traffic expected to grow nearly exponentially, concerns regarding excessive energy consumption in wireless networks have been also raised for home and enterprise environments. These two types of networks are discussed here jointly due to many similarities they exhibit, namely, similar propagation environments (dominantly indoor scenarios, high diversity of building structures with many obstacles, both due to wall construction and due to the used equipment), similar basis of a network structure, i.e., usually consisting of an Ethernet-based backbone and a wireless last hop where many different wireless technologies emerged. To complete the overview also the most important differences and future perspectives for both networks are pointed out. Then, the “green context” of the discussed environments is brought up. To this end, first the important metrics used in context of green networking in wireless scenarios are introduced, and using these metrics an initial evaluation of the potential energy savings in both scenarios is performed. Next, the energy savings that are possible to achieve in the current state of home and enterprise networks are surveyed. We start with an overview of what can be done, including hardware (room for possible hardware improvements) and network-level solutions, with a conclusion that the latter approaches have much more potential. Then, an overview of most important challenges and limitations in current home and network environments is provided. Next, a detailed survey of the network-level solutions applicable in dense WLAN scenarios is given, followed by an outlook on the deployment of photocells and their most important challenges in near-future perspective home and enterprise deployments.