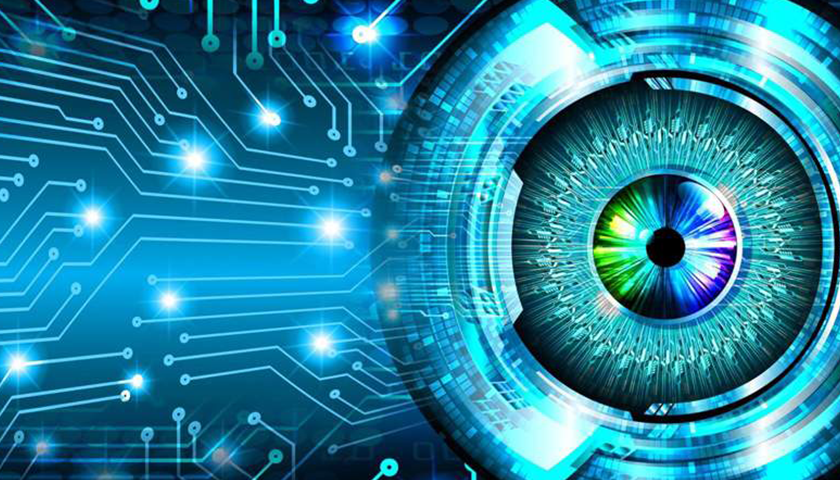 Computer vision is the science that aims to give a similar, if not better, capability to a machine or computer. Computer vision is concerned with the automatic extraction, analysis and understanding of useful information from a single image or a sequence of images.

The applications of computer vision are numerous and include:

Computer vision is the science and technology of machines that see.

As a scientific discipline, computer vision is concerned with the theory and technology for building artificial systems that obtain information from images or multi-dimensional data.

A significant part of artificial intelligence deals with planning or deliberation for system which can perform mechanical actions such as moving a robot through some environment.

This type of processing typically needs input data provided by a computer vision system, acting as a vision sensor and providing high-level information about the environment and the robot.

Other parts which sometimes are described as belonging to artificial intelligence and which are used in relation to computer vision is pattern recognition and learning techniques.

Human-computer interaction (HCI), on the other hand, is completely unrelated to these two fields. It's the study of user interfaces. While there are certainly HCI projects that make use of computer vision or machine learning, these do not get featured any more than other CS sub-fields. If anything, HCI has more in common with psychology, industrial design or even marketing

Computer vision's goal is not only to see, but also process and provide useful results based on the observation. For example, a computer could create a 3-D image from a 2-D image, such as those in cars, and provide important data to the car and/or driver. For example, cars could be fitted with computer vision which would be able to identify and distinguish objects on and around the road such as traffic lights, pedestrians, traffic signs and so on, and act accordingly. The intelligent device could provide inputs to the driver or even make the car stop if there is a sudden obstacle on the road.

When a human who is driving a car sees someone suddenly move into the path of the car, the driver must react instantly. In a split second, human vision has completed a complex task, that of identifying the object, processing data and deciding what to do. Computer vision's aim is to enable computers to perform the same kind of tasks as humans with the same efficiency.