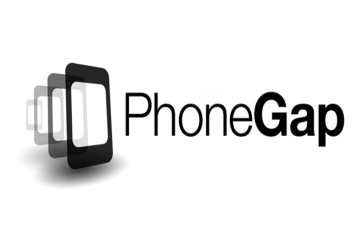 PhoneGap/Cordova is one of the most popular frameworks among developers building cross-platform mobile apps. In spite of being based on the web-standard technologies including HTML, Java and CSS, PhoneGap provides great support in building apps with native features.

The PhoneGap based apps developed by our developers use almost all mobile-device features like Accelerometer, Camera, Compass, Contacts File, Geo-location, Media, Network, Notification (Alert, Sound and Vibration) and Storage.

PhoneGap as most of us know is an amazing cross platform framework, that lets the developers to develop applications that run smoothly on multiple mobile platforms like iOS, Android, Windows and more. Here in this article, we will examine the wonderful features of PhoneGap framework and the merits and demerits of using it.

PhoneGap has a robust backend system that tremendously speeds up the development process and reduces developer’s efforts. The beginner’s guide also helps in speeding the process further.

With the PhoneGap framework, you get the best for free. The PhoneGap community compiles new codes and modules which are available for free because of its Open Source License.

It offers great flexibility to the developers as they can develop any type of mobile app without any serious efforts. Developers familiar with basic knowledge of HTML5, CSS3 and JavaScript can get started with PhoneGap. No need for developers to learn additional languages.

With all these super features, PhoneGap has emerged as a great framework for mobile app development. We will now check some of its advantages –

Compatible on all the platforms

A high level of uniformity can be maintained when the apps are developed for multiple platforms. PhoneGap abolishes the differences in the app’s look and feel when viewed on different platforms.

PhoneGap works on HTML5, CSS3 and JavaScript, the most common browser based skills which do not require any additional inputs. Hence the business owners can utilize their own tech team and get it developed smartly.

It’s a win win for all the stakeholders. The developers gain as they have to spend less effort and get develop an app which will work across all mobile platforms. The businesses gain as the app is prepared and ready to hit the market in minimalistic time.

One of the most amazing things about this framework is that it taps into the device’s hardware such as the camera, geo location, accelerometer and few others. With this, the apps developed on PhoneGap can easily make use of the properties of the native resources of the device, without compromising on the User Experience.

Like everything else, PhoneGap too has some areas of improvement. Now that we have looked at its advantages, we can move ahead to look at its disadvantages.