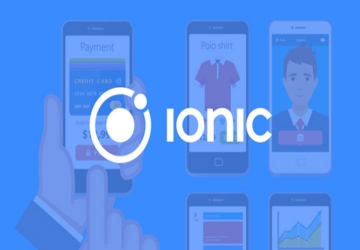 Ionic makes it easy to build high-performance mobile and Progressive Web Apps (or PWAs) that look and feel beautiful on any platform or device.

Ionic is a great choice for creating basic native functionalities within an application to run on multiple devices and operating systems. The main Ionic advantages surround the simplicity that comes with developing an app once, rather than multiple times for separate devices. The nature of the framework also makes development fast and cost-efficient, while reducing the need for maintenance.

However, Ionic disadvantages also surround the fact that the application is not developed specifically for each device. Applications developed in Ionic may not perform as well as if they were developed natively, so some developers may rely on native development to ensure flawless performance and full use of native functionalities. In addition, Ionic demands a specific skillset from developers due to its current use of AngularJS and ui-router.

Mobile application development is one of the most exciting sects of the technology industry, and development options are being elevated everyday.

These new advancements allow developers to build stronger applications, and give users access powerful tools for collaboration, planning, or entertainment. One of the most recent advancements in mobile application development is the introduction of the Ionic framework.