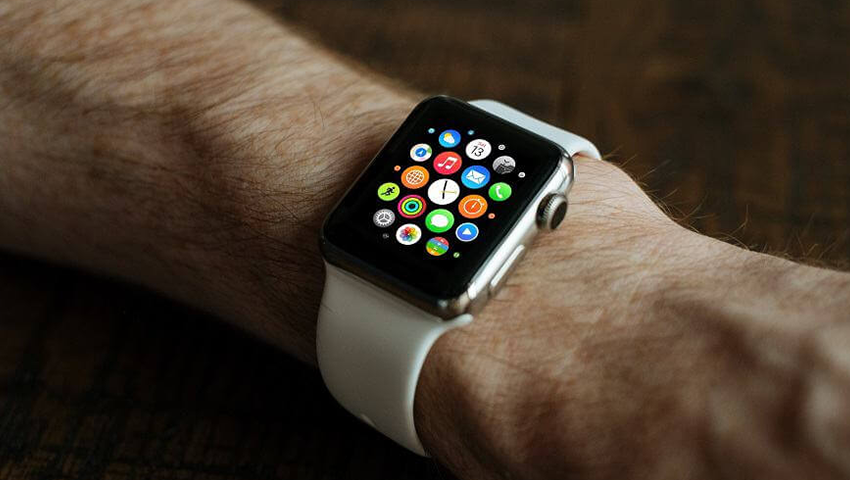 Currently, all wearable gadgets are synchronized to the smartphones. So, the two must have apps that are paired with each other. With the number of players in mobile development industry growing by the minute, wearable apps provide a new market. Although currently smartwatches and fitness gadgets are the most popular ones in wearables, other devices are predicted to catch up soon.

Smart watches have taken the world of wearable technology by storm, and it’s becoming hard to imagine life before this level of accessibility. A few years ago it was unthinkable to believe something as small as a watch could replace our cell phones, yet every day we are getting closer to this becoming a reality. In this ever-changing world of tech advancements, the line between what we need and what we want is really starting to blur.

Your Smartwatch Could Save Your Life

There’s no denying the impact smartwatches are making on our health. What began as a way to keep us motivated through step tracking and monitoring our heart rates has become much more. It is transforming our overall wellbeing with the unveiling of new health features in the Apple Watch Series 4.

For starters, it can detect a fall based on impact acceleration. If it senses you’re immobile for more than a minute it will send a message to your emergency contacts and initiate an emergency call.

The Apple Watch has always been able to track resting heart rates and calories burned. With the  Series 4 you’ll now be notified if it detects an irregular heart rhythm. You may uncover an underlying issue you wouldn’t have known of otherwise.

Perhaps the most impressive new health feature of the Apple Watch Series 4 is the ability to measure electrical activity in the heart. Users can take an electrocardiogram (ECG) anytime by opening the app and placing a finger on the digital crown. All of this information is stored in the health app and readily available to share with your doctor. Apple has received approval from the Food and Drug Administration for this unprecedented feature-the first of its kind in wearable technology.

The advantages of wearable technology don’t stop there. For example, the Cincinnati Airport gave its janitorial team Samsung Gear S3 smartwatches and ran an app called Taskwatch. The watch allowed them to stay on top of replenishing restroom supplies and cleaning schedules.

Bluetooth sensors were added to the doorways of restrooms and tracked how many people walked through the doors. Once 150 users came through a restroom, the janitors were alerted and could accept the task right in the app. The first one to respond was rewarded through a point system.

The Taskwatch app was also put to the test in a restaurant. The waitstaff and managers were alerted when customers arrived and were seated, and also when a table was ready for cleaning. This allowed the staff to turn over tables an average of four minutes faster. It increased daily revenue by 7%, and the boost in server’s tips during the trial demonstrated the tremendous positive impact it had on the customers.

With mobile payment apps like Apple Pay, that mom holding a toddler while dragging another one that’s attached to her leg doesn’t have a third arm to go digging around in her wallet. She appreciates being able to wave her wrist to pay for her items and be on her way. Whether or not the store accepts mobile payments may influence her store choices.

Wouldn’t it be cool if shopping was like a game? With apps like Shopkick, it can be. Shopkick’s Apple Watch app is a lot like the smartphone app but now you won’t have to dig out your phone to participate. When you walk into one of the 10,000 stores that support the Shopkick app, you’ll be welcomed by name, rewarded with kicks (or points) just for walking in the door, and notified of any current deals based on your shopping habits.

The app prompts you to find selected items in the store (no purchase necessary)  to scan which earns you more kicks. Paying for your items with a linked payment card, purchasing select items, and shopping online are some additional ways you can earn more kicks. Once you earn enough kicks, you can redeem them for gift cards offered by popular stores like Sephora, Amazon, Best Buy, and more. For most of the rewards you earn $2 for every 500 kicks.

Have you ever wanted to make a quick stop at the store, pick up a few things and go? But then you get to the store, and you can’t find the sale items you’re looking for? Target has anticipated the needs of their customers by updating their Cartwheel App to include things like store maps and where to find sale items. By using the store’s wifi, they can track you by GPS and know if you’re a repeat customer, your shopping habits, and even where you are in the store. This enables the map to direct you to those sale items, and also provide you with customized ads and discounts.

With geo-targeted ads, consumer habits can provide insight to local retailers. Retailers can then share special ads and discounts to the stores you frequent most. Some stores will prompt you with ads just by being close or driving by.

The most popular places social media currency is being used is in restaurants. You check in through your social media profile, show your server, and Voila! You get something for free, like a small appetizer or dessert. It’s genius, really. Word of mouth has always been a strong marketing tool for restaurants. Now they’re paying you in free food to tell all of your friends where you like to eat. And it took you about a minute to tell all of them all at once.