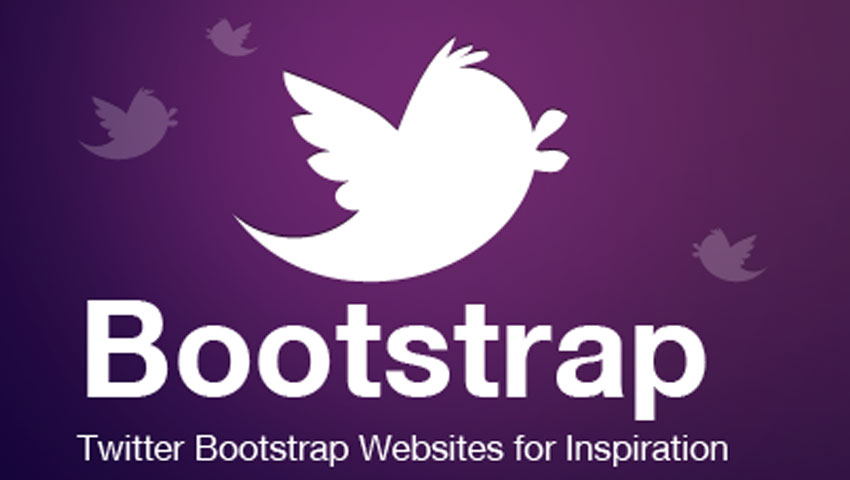 Twitter Bootstrap or simply Bootstrap is an open-source HTML, CSS and JavaScript Framework that is used in front-end web development. Bootstrap has an authoritative presence in the front-end development world with hundreds of thousands of websites including some really popular website built based on the framework.

"...a small group of Twitter employees set out to improve our team’s internal analytical and administrative tools. After some early meetings around this one product, we set out with a higher ambition to create a toolkit for anyone to use within Twitter, and beyond. Thus, we set out to build a system that would help folks like us build new projects on top of it, and Bootstrap was conceived." - Building Twitter Bootstrap by Mark Otto, January 17, 2012

Bootstrap was created as an internal tool with the aim of eliminating inconsistencies among developers using different tools. Soon, many developers started contributing to the project and then it was released as an open-source project.

Bootstrap is developed and maintained in GitHub and has a huge community of contributors. It is one of the top projects on GitHub. Now the version 4 of Bootstrap is expected to release soon and presently is in the first beta. There is one more beta version expected before the release candidates of the version 4.

What is Bootstrap Used For?

Bootstrap is used to create mobile-first, responsive websites quickly and easily. What it means is that you can easily create a website that scales itself to the size of the viewport of the device a person is using (responsiveness) and the website design is primarily intended for the mobile devices and then built up to suit the larger viewport devices (mobile-first).

This is important because the use of the internet on the go has been increasing exponentially over the years and will continue to do so. And this is obviously on mobile devices. Websites that need to be zoomed in and out to be when used on a smartphone or a tablet will create a poor user experience. So we need the websites to adapt itself to the particular device also when viewed in landscape or portrait mode.

Bootstrap consists of components that you can use to build your websites. These components have default styles which you can alter using Bootstrap's contextual and utility classes or by using custom CSS that you can include in your markup. Bootstrap also has JavaScript components and uses jQuery plugins for components like tooltip and popovers. The beauty of Bootstrap is that if you don't want to use JavaScript or jQuery in your project you just don't have to include it. The choice is yours.

There are many advantages to using Bootstrap. First being it is open source so if you are starting with Bootstrap, you don't have to worry about your wallet. And it is very easy to get started - all you need is a good understanding of HTML and CSS.

Once you get started you can develop your project in much less time than that you would take otherwise to build a responsive website. If you run into any issue while the development, the Bootstrap community is huge and you can find solutions to pretty much any issue, if not all. And if your design wants more out of Bootstrap than the styles provided by Bootstrap, it is easily customizable. Also, Bootstrap is compatible with all the modern browsers.

One other advantage of using Bootstrap is that you don't have to start coding from scratch. The Bootstrap official website provides the code snippet for the basic HTML markup and for the various bootstrap components. Also, you can download a whole theme or a web page template so that you only need add your content and do some customizations. And you can also easily find code snippets, themes, templates, UI kits, plugins and add-ons for Bootstrap on the internet.

Where do I Get Bootstrap From?

How Do I Start Using Bootstrap?

After downloading Bootstrap, in the basic HTML markup, you need to include the Bootstrap CSS file in the head tags and Bootstrap JavaScript and jQuery just before the closing body tag. And that's it. You are good to go.

Are There Any Disadvantages?

There are some disadvantages to using Bootstrap. Since Bootstrap has a lot of reusable code for building you will simply recycle the code without actually understanding it.

When using Bootstrap you should be using some custom CSS for styling or you may end up looking like many other Bootstrap websites.

But these disadvantages can be overcome with customization. Bootstrap is easily customizable and can be used to create a stunning website. And about Bootstrap being bloated, the customize page in Bootstrap documentation is the solution. All you need to do is select only what you need and then recompile.

Bootstrap is a powerful tool to create responsive, mobile-first web applications faster and easiest way. It is the most popular front-end development framework in the world. Bootstrap can help you create a great website get your website up and running in a short period of time.