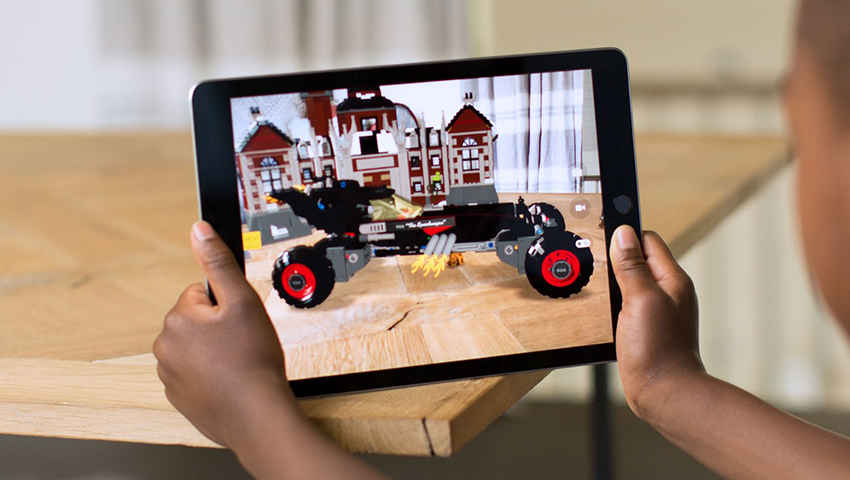 Augmented reality – blending digital objects and information with the environment around you – is a space that’s generating a lot of excitement in the web and app development community right now. Not least because of Apple's ARKit, a framework that allows you to easily create AR experiences for iPhone and iPad

With ARKit 2 on iOS 12, your AR apps can now be experienced by multiple users simultaneously, and resumed at a later time in the same state. You can also incorporate real-world objects into your AR experiences, giving your users even greater immersive opportunities.

What can ARKit do?

TapMeasure is a great tool that is used to measure your interior space. It has various features including a 3D room builder that can create room models to scale, capture point-to-point measurements, and ensure that your artwork is perfectly level. TapMeasure lets users share their 3D models through a simple URL.

Augmented Reality takes the world around you and builds on it. In fancier words, Augmented Reality, augments or enhances what your users see, hear, smell or feel in their real world through the visual space where your developers model this content. iOS 11 comes with the Apple AR Kit, which bridges the gap between you user’s real world and your visual space by acting as a development platform. Apple took advantage of many technologies to create an AR ecosystem. The Apple AR Kit allows your developers to create augmented reality experiences for your iPod and iPad user in the form of apps and games. Your iPad or iPhone holds the potential to become a window to an augmented world.

ARKit uses a technology known as Visual-Inertial Odometry (VIO) to track the real world around an iPad or iPhone. The cameras, processors and motion sensors that come with your iOS devices are leveraged to access AR solutions. ARKit tracks the orientation or layout of different objects using cameras, to make sense of the geometry and lighting of scenes captured by the camera. Using this information, your developers can place graphics which remain fixed on certain surfaces like tables, chairs, and ceilings, as the perspective of the camera shifts. With the ARKit being able to position any virtual object within a real room, developers can create all sorts of new experiences.

Native QR code: Previously, your iOS users had to install a third party app to scan QR codes. Now with iOS 11, the pre-installed camera app will scan all QR codes automatically. AR codes are essential when you find the need to link AR content to real-world surfaces and print materials.

Fast and stable motion tracking: VIO blends your CoreMotion data and camera sensor data. With these two inputs, your device can come to a better understanding of how it is moving within a room, with high accuracy, and without any need for additional calibration. It allows for “fast & stable motion tracking” which makes objects look like they are being kept in actual space, instead of simply hovering over it.

Light estimation: ARKit takes advantage of the camera sensor to judge the amount of light present in a scene and based on this estimate, applies the perfect amount of lighting to virtual objects. These details are what goes into creating a realistic AR content for your users. Chipset supported AR algorithm: requires just a few milliseconds during each frame. You see, the better your AR algorithm performs, the more CPU will be available for rendering graphics, which allows for higher visual fidelity.

ARKit comes with support for Scenekit, Metal and third-party tools like Unreal Engine and Unity, which will allow impressive levels of detail and visual fidelity.

High-Performance Hardware: ARKit runs on the Apple A9 and A10 processors. These processors are known for their excellent performance, enabling quick understanding of scene and allowing your developers to create detailed virtual content.

The Apple AR Kit holds a lot of promise for the future. The possibilities are endless. You could point your camera at a food item or clothing and have all the details appear nearby, or perhaps see how furniture would look in your office before buying and moving it. In fact, IKEA is already developing a new augmented reality app using the ARKit. IKEA customers will be able to preview IKEA products in their houses before choosing to buy it. Of course, AR also means we can look forward to a lot of exciting games in the near future.