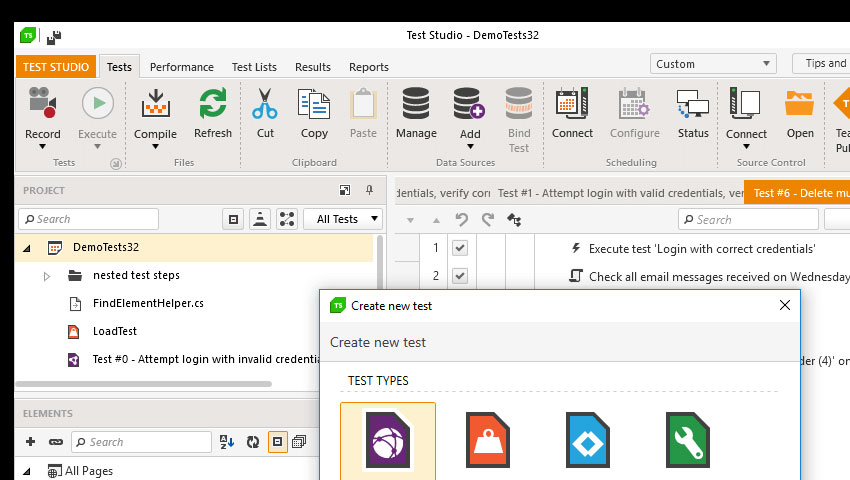 Unlike several other testing solutions that impose their own proprietary language, Telerik Test Studio uses C# or VB.Net language. Use of a real coding language means it’s easier to find support online. Test scripts can also be shared via source control with other team mates.

Getting Started with Test Studio:

Just like UFT, Telerik is an also an icon-based tool that automates functional or regression testing of any web or desktop application. Even a tester with low or no coding knowledge can also use Telerik. It can be used for both record and playback and descriptive scripting. Testers can either write scripts or can simply use the extensive record and playback feature offered by Telerik.