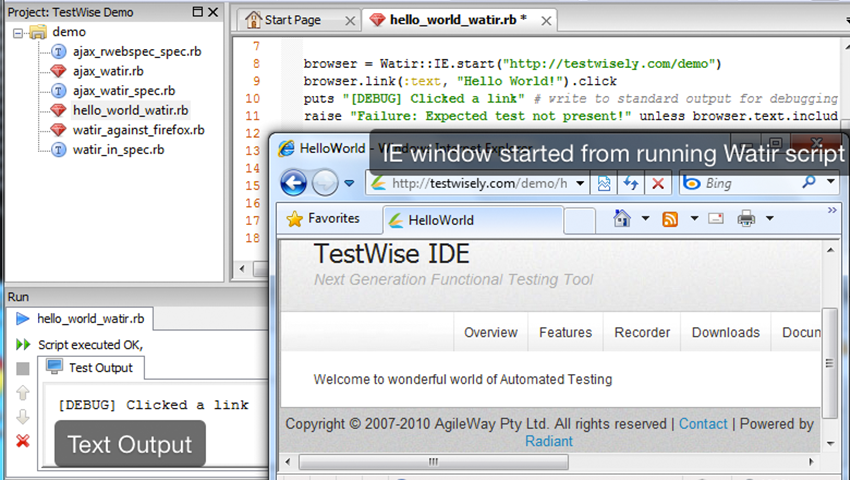 Watir is an open source testing tool made up of Ruby libraries to automate web application testing. It is pronounced as “water.”

What is Watir testing tool?

Watir, pronounced water, is an open-source (BSD) family of Ruby libraries for automating web browsers. It allows you to write tests that are easy to read and maintain. It is simple and flexible. Watir drives browsers the same way people do. ... It's a free Open Source tool.

Watir drives browsers the same way people do. It clicks links, fills in forms, presses buttons. Watir also checks results, such as whether expected text appears on the page.

Watir is a family of Ruby libraries but it supports your app no matter what technology it is developed in. Whilst Watir supports only Internet Explorer on Windows, Watir-WebDriver supports Chrome, Firefox, Internet Explorer, Opera and also running in headless mode (HTMLUnit).