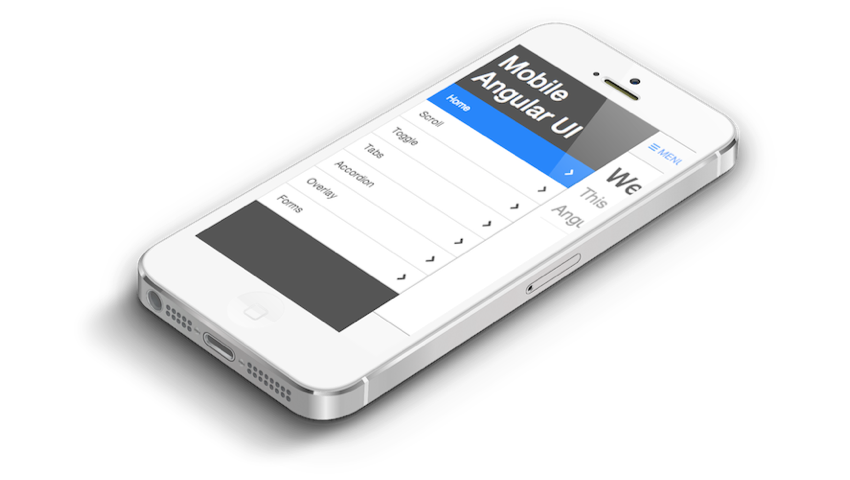 Mobile Angular UI is a mobile app development framework. It relies on rich libraries like overthrow.js and fastclick.js to provide the better mobile experience.

Why developers should code in Angular JS

If you are working on modern-day applications, identifying the right structural framework will be the first thing to do. Your app’s features and components depend a lot on the framework, thus making it imperative to choose the right one. Angular JS emerges as one of the best options here. By stretching and extending the HTML syntax, this particular framework helps you express your apps’ functionalities in a precise way.

Angular JS finds application in numerous projects. When it comes to ensuring dynamic web app development, a majority of developers opt for Angular JS. Here are some of the projects where developers have used this framework:

Netflix and YouTube for Sony PS3 are developed on this framework. Angular JS happens to be the first choice in these projects.

There’s no denying the fact that Angular JS has an exceptional interface and dynamic features. These aspects make it the perfect option for travel app development.

Every consumer checks reviews about a product before finalizing their purchases. Angular JS is the perfect framework for User-review app development.

Apart from these projects, Angular JS finds application in mobile ecommerce, social apps, and weather app development. However, the framework isn’t without a fair share of benefits and drawbacks. Here are some of them.

No matter which framework you choose, 100% functionality or performance is a far-fetched idea. Every platform or technology comes with certain advantages and disadvantages, which makes it complete.

The Pros of Angular JS

The cons of Angular JS

Mobile applications provide users with similar services to those accessed on PCs, such as online banking, accessing email, or viewing their calendar. Apps are usually small software with limited function, designed for a very specific purpose.

I asked Michael Facemire, an app developer for Forrester Research, what his take on mobile app development tools was. He had this to say:

“Mobile app dev tools are like paint brushes for an artist – they all come down to personal preference. Personally, I use some of the most well-known, like Android Studio, because they help me develop apps quickly.”

Open source app development tools can be a boon to developers due to their free (and, obviously, open source) nature.

Take advantage of these if you’re white labeling apps as well.

Tomas Laurinavicius, a lifestyle entrepreneur, blogger, and co-author of Mobile Design Book had this to say:

“I’m a big believer in prototyping and early validation. Before diving into development, I highly recommend sketching your app idea on the paper and iterating it until your target audience gets it. Prototyping on Paper is a great choice that can save you hours of development work later. If you set clear goals, you can go from idea to functioning prototype in one day.”

The setback of open source, however, often includes a steeper learning curve than some of their paid counterparts. If you have the time to learn them, it may be worth saving the extra dollars.