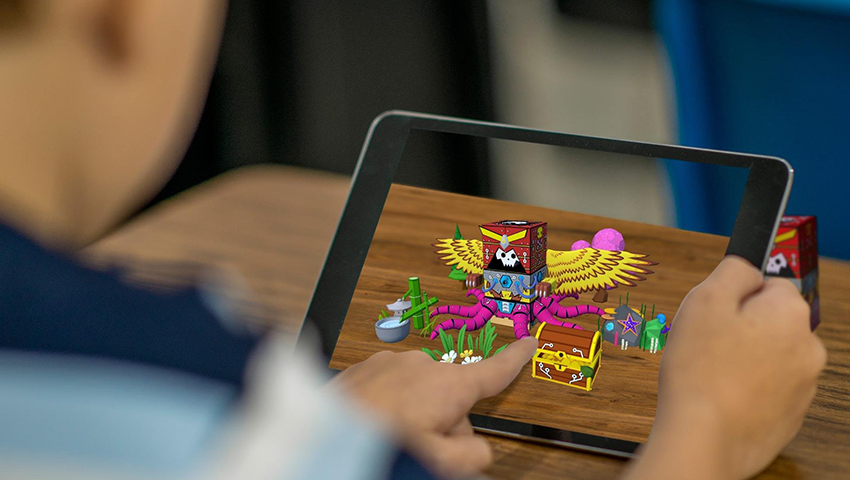 What is vuforia used for?

Vuforia is an augmented reality software development kit (SDK) for mobile devices that enables the creation of augmented reality applications. It uses computer vision technology to recognize and track planar images (Image Targets) and simple 3D objects, such as boxes, in real time.

What is unity and vuforia?

Unity's integration of Vuforia allows you to create vision apps and games for Android and iOS. See in Glossary using a drag-and-drop authoring workflow. AVuforia AR+VR samples package is available on the Unity Asset Store.

The most notable of these collaborations is the partnership with Google on Google Daydream. Then there was also Facebook’s Gameroom platform that integrated the export-to-Facebook feature in Unity Editor. Further, Nintendo’s Super Mario Run was also built on Unity.

In the far east, Unity also engaged China’s leading Android manufacturer, Xiaomi to help Unity developers with the licensing process in the region. Then in November, PTC and Unity announced their collaboration to simplify augmented reality (AR) development by integrating Unity and PTC’s Vuforia.

This is great news for AR and virtual reality (VR) developers as it can accelerate the creation of new content. As a result, developers will be able to utilize both Vuforia and Unity to build most of the platform’s enterprise, gaming, and consumer 3D applications.

Although a lot of work has been focused on the gaming industry, this same technology can also be used across multiple industries. For example, the same ethos can be applied in eHealth application for medical ethics training or detection of cognitive impairment.

Further, AR technologies can also be incorporated into manufacturing to detect possible problems on the factory floor, boost assembly accuracy, and enhance productivity.

Unity is a global leader among development platforms. It’s essentially used to build 2D and 3D AR and VR experiences and games. Further, when it comes to 3D experiences, Unity is used more than any other development software.

Vuforia, on the other hand, is an AR development platform that enables advanced computer vision technology to place digital content in the real world. Supported by a variety of wearable hardware,  Vuforia includes the following:

VR and AR app developers have already been using both Unity and Vuforia together, so it’s nothing new. In fact, 80% of more than 30,000 Vuforia apps were made with Unity. So what this collaboration means is that it will be a more streamlined and easier process to accelerate development.

The streamlined developer experience that will be possible with this collaboration will enable new AR and VR developers to become more proficient at a pace that’s significantly faster. Further, existing developers will also be able to enhance their current levels of productivity.

This is the primary result of tighter integrating between Unity and Vuforia. But the benefits don’t stop there as AR application performance is also expected to improve significantly. This will be mainly focused on optimizing the rendering pipelines and cameras.

Further, these enhancements were needed especially for AR development. Although the end product can be pretty amazing, the development process can be quite complicated. This is because the real estate that you have to work with is more than just a rectangular screen. In fact, you have to work with and adapt to an ever-changing physical world. Vuforia and Unity together will help make this process much easier.